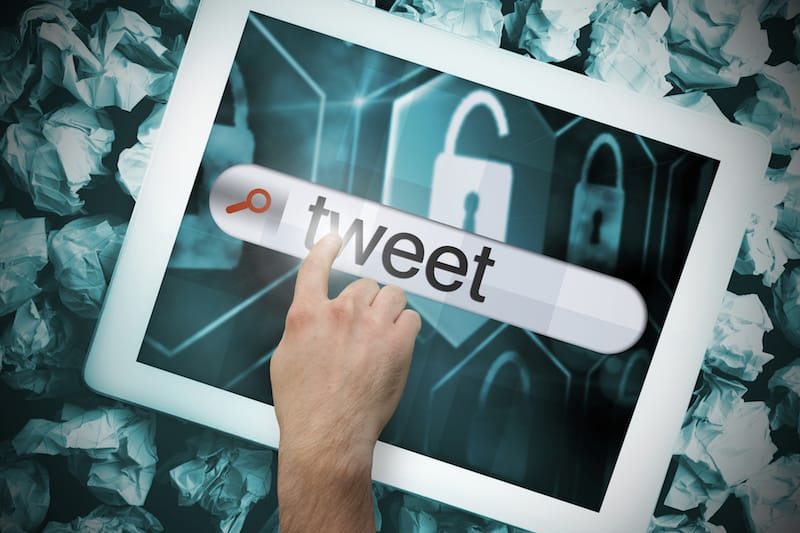 Is Twitter actually dying like everyone says it is? Short answer: No. This is a myth marketers have been trying to debunk for the past year-and-a-half. While Twitter might not boast as many monthly users as Facebook or Instagram, there is no reason businesses should dismiss it as part of their social media marketing plan. Twitter is alive and well with over 330 million monthly users and 500 million tweets per day! In fact, the platform actually comes in at third place, behind Facebook and Pinterest, when looking at referral traffic from social media, so if you think this is the end of Twitter…think again.

Twitter is an amazing tool for brands who wish to communicate directly with potential consumers. Having a two-way conversation with individuals who are legitimately interested in what you have to say or offer is priceless. Twitter’s casual format makes it easy for users to simply open the app on their mobile devices and shoot questions, concerns, compliments, complaints [or all of the above] at their favorite brand or local mom-and-pop shop. It also makes it easy for businesses to respond to customers in real-time. This quick-response factor sets Twitter apart from other social media platforms.

Avid Twitter users know that if they tweet their favorite brand, they can expect a response within minutes. Yes, minutes. This is especially important for big brands who have their reputation on the line for thousands, or even millions to see. Airlines like Delta are exceptionally good at doing this. They utilize Twitter not only as a way to get the word out about their brand, promotions, updates, and company culture, but they also use it as a customer service tool where they address their patrons’ needs in real-time, as seen below: 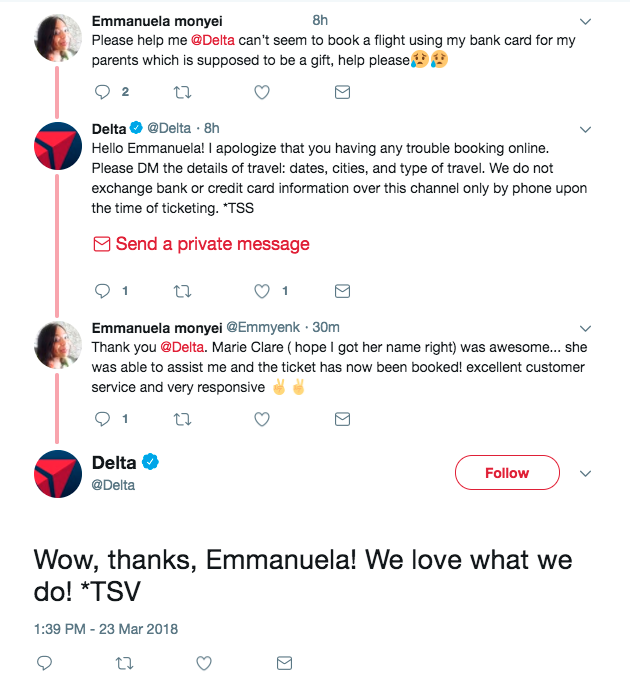 A great way to grow brand awareness and establish an online community on Twitter is by putting out relevant content that conveys your business’ mission. But your Twitter strategy doesn’t have to be complex. We all know that snapping the perfect, eye-catching photo for Instagram is not the easiest task. Coming up with an attention-grabbing, engaging Facebook post also requires time and thought. However, writing 280-character tweets that convey what your business is all about is a more casual process, and it facilitates conversation between users.

Another one of Twitter’s strong points is user commitment, especially from millennials. A majority of Twitter users fall into this group. And by majority, we mean more than half (61% at the time of this writing). This generation grew up abbreviating words and using acronyms to text or communicate rapidly with others via social media, so it’s no surprise that much of their time spent online goes to Twitter. If millenials are your target audience, Twitter is a perfect tool for engaging them.

So what’s causing people to lose faith in Twitter? We think it’s the platform’s lack of innovation, especially in comparison to the ever-changing competition: Instagram, Snapchat, and Facebook, in particular. The biggest and probably most impactful change we’ve seen from Twitter is the extension of their word limit. Don’t get us wrong, it was a much-needed update…but it wasn’t quite enough to compete with platforms that utilize live video, 24-hour stories, and fun filters to keep users drawn in. In order to stay competitive, Twitter will need to think of ways to attract new users and retain the ones they’ve earned.

Another downside that irritates users, especially businesses, is the abundance of ‘bot’ accounts out there. When fake profiles spam your account with irrelevant tweets and followers, it becomes hard to gauge if you are connecting with the right audience, which is crucial for small businesses looking to turn followers into potential customers.

Twitter may not be perfect, but it’s definitely still relevant.

Bottom line: the positives outweigh the negatives. Twitter remains one of the biggest social media platforms out there. Countless big brands use it to communicate efficiently with consumers, and they’re still seeing results. So there’s no reason you should opt out. Sure, there are some things Twitter could do better, but it’s still really good at what it does well. If you want to increase brand awareness on Twitter and strengthen your following, contact our Social Media team today!