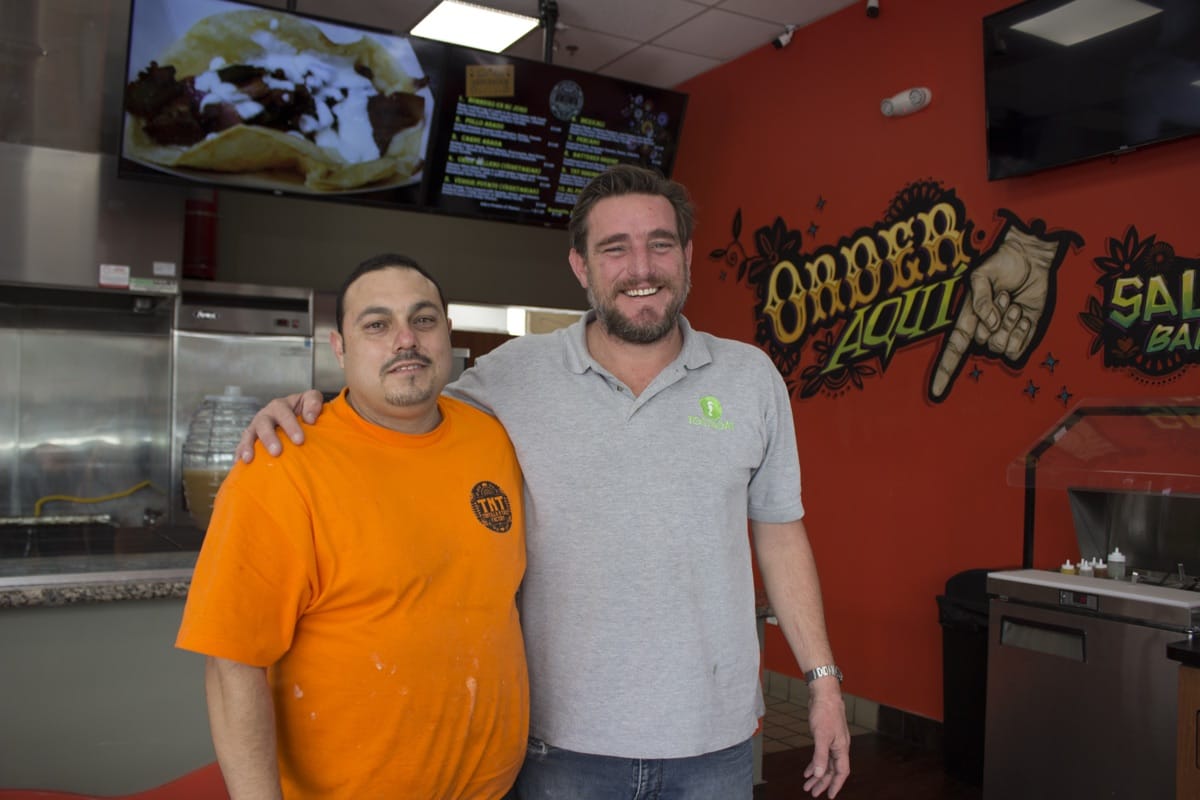 When we sit down with Gerry Torres, owner and founder of the City Tacos family, to discuss his newest restaurant, it’s clear right away that he falls squarely into the category of rule breakers. While typical restaurant openings take place six months to a year after the keys to the space have been handed over, the 43-year-old San Diego restaurateur took a fraction of that time to open each of his five restaurants.

“I’m the fastest opener in the business,” he says. “City Tacos North Park was open in 15 days. Tostadas took me about a month and a half. IB Street Tacos took me about two weeks. City Tacos La Mesa took one month and 15 days. And this place took me 22 days.”

By “this place,” he means Tortilla N Taco Factory, otherwise known as TNT, where we sit drinking cold, pulpy agua de piña. Situated in a tiny strip mall in El Cajon, TNT is the latest member of Torres’ group of restaurants serving “street food made with love.” It’s just after 1:00 on a Friday afternoon, and a short line of people stand at the register waiting for their turn to order. Three of the 10 tables are occupied by people hunched over tacos so fat that there’s no way to eat them daintily.

We sit at a table in a square of sunlight next to a wall of windows that overlook South Mollison Avenue. An adjacent wall has been collaged from floor to ceiling with old photos, drawings, and newspaper articles printed in both English and Spanish.

Torres received the keys to this 2400-square-foot space (formerly Al Reef, a Mediterranean restaurant) on January 1 of this year and opened TNT on January 22nd. 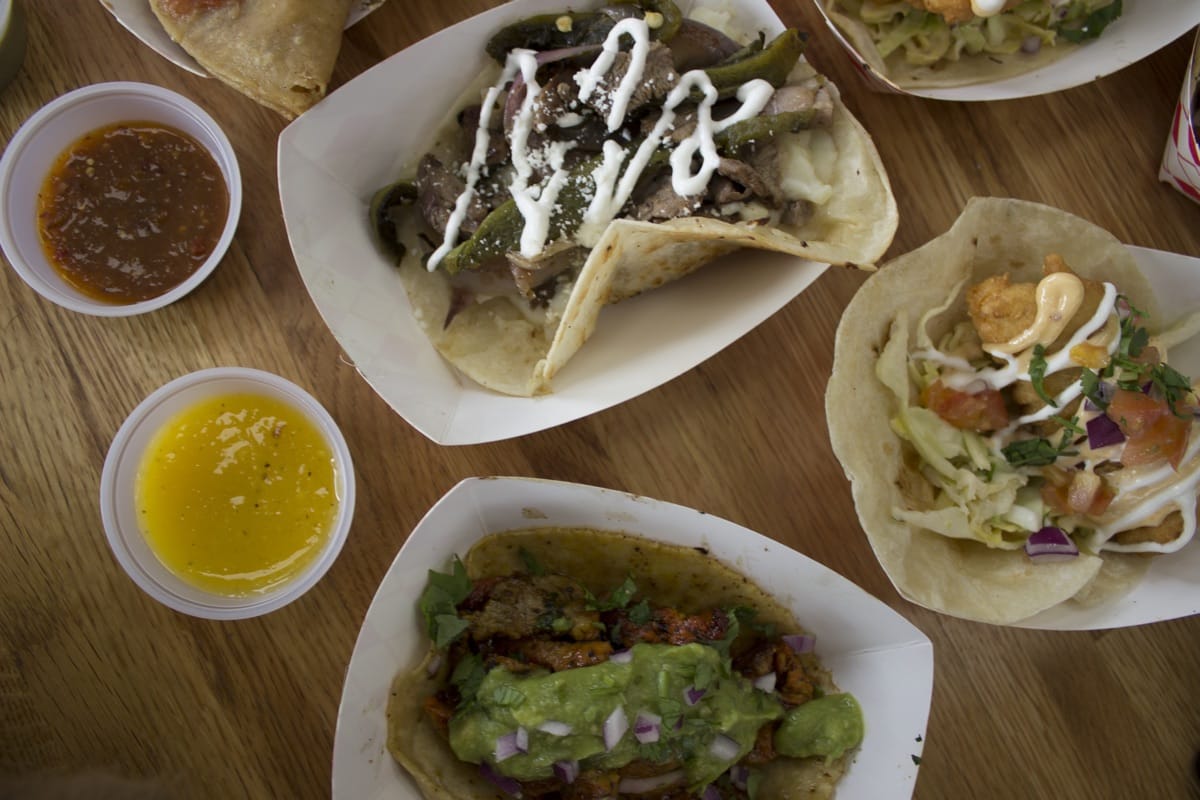 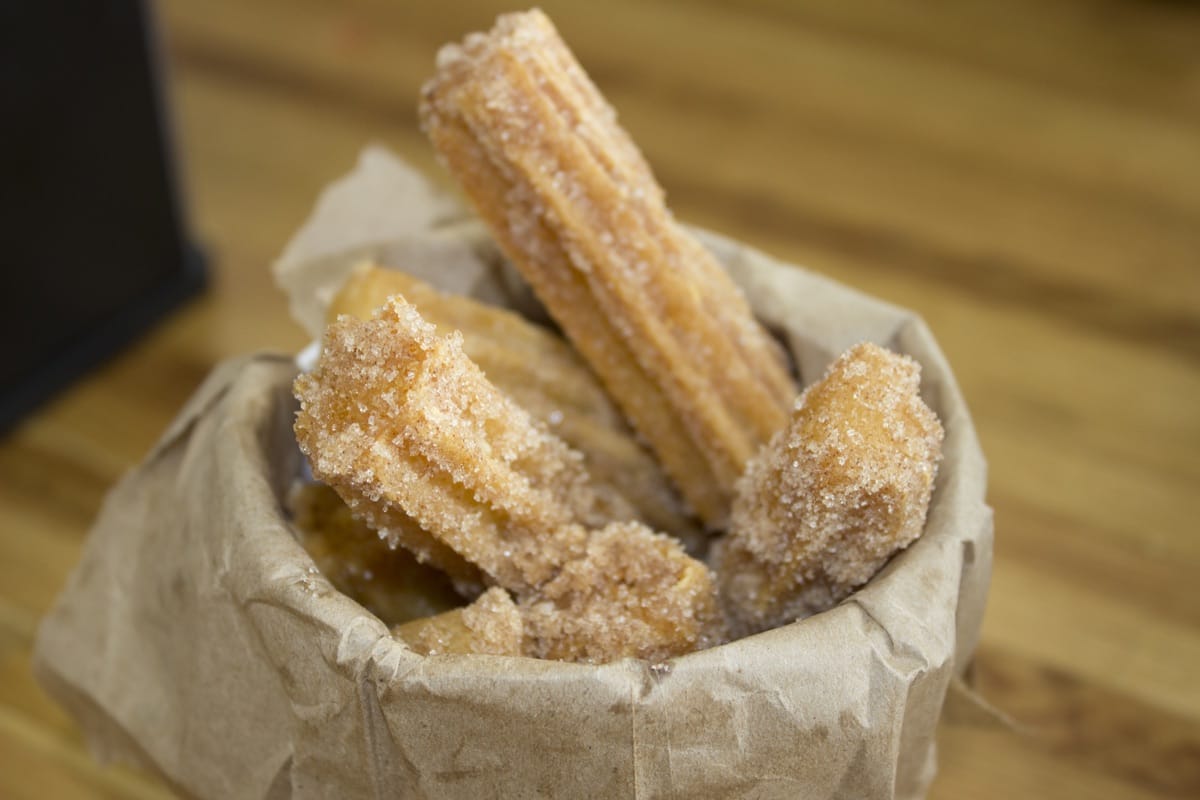 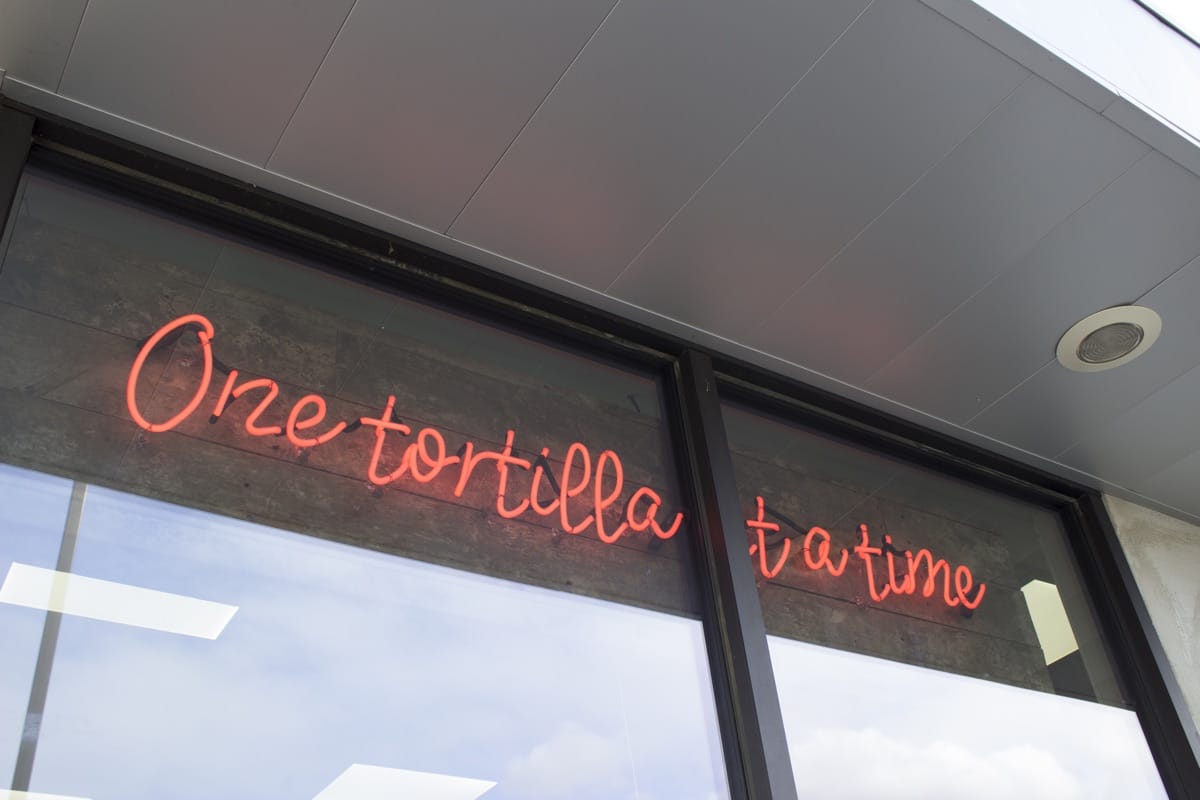 “I go at a crazy pace,” he says. “I did it the first time [at City Tacos North Park in 2014] and then it just developed into a system. I go all-in. I lose about twenty to thirty pounds each time.”

Although the speed of Torres’ openings far outpaces that of most other restaurants, his economical approach is part of what makes it possible. Where other restaurateurs tend to gut a space and start their design from the ground up, Torres does things a little differently.

The kitchen here at TNT for example, which serves as the central commissary for all the restaurants, was a perfect fit in part because it already had two hoods and plenty of square footage. It also has a second entrance that will soon serve as the retail entrance for the public purchase of fresh, housemade tortillas, masa, salsas, and chicharrón.

The abovementioned Entrepreneur article also lists “Vision,” “Flexibility,” and “Self-Belief” among the traits of successful entrepreneurs, and it’s pretty clear that Torres has these, too. As passionate and driven as the quick pace of his restaurant openings prove him to be, he has also demonstrated high levels of flexibility and patience when it comes to executing his vision. It’s of particular interest to note that the business plan for TNT precedes all the other restaurants in the group. Torres wrote it when he was still at Trattoria Tiramisu (his first restaurant, which he opened with David Chiodo in 2004 and subsequently sold to him in 2014).

“TNT was my original business plan,” he says. “It had aguas frescas. It had masas. It had all these beautiful things that when I opened City Tacos, were not yet feasible. It was impossible to do all that and to try to elevate the taco at the same time.”

So rather than trying to prematurely force his business vision into being, Torres adjusted his timeframe and began to execute the vision one step at a time.  He started by introducing fresh homemade corn tortillas and four unexpected tacos (including one with chorizo and caramelized pineapple and a vegetarian one with chile relleno) at City Tacos in North Park.

“People looked at our menu and said, ‘Is this guy crazy?’” he says. “And we kinda were.”

The risk paid off. They sold out the first 12 consecutive days after opening.

And now TNT, the original business plan, has come to life here in this little strip mall in El Cajon. It’s a bright and airy place where fat tacos are served along with sweet and refreshing aguas frescas. Flour tortillas and masas are made in the back, distributed to the whole group of restaurants, and served fresh every day. It is, in the truest sense, a dream come true.

Torres leans back in his chair with an air of satisfaction.

“The next step is infusing flavor into our homemade flour tortillas. Like chiles, pesto, spinach,” he says. “When you combine that with incredible toppings, you’ll have flavor profiles all over the place.”

And hey, because Torres is so quick to get things done, we may not have to.